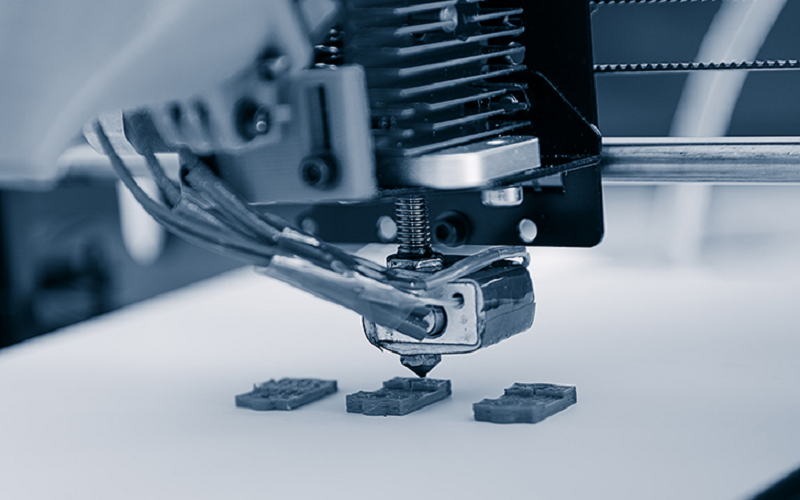 WATCH OUT 3D PRINTING, 4D PRINTING IS ON THE WAY

3D printing technology has existed for almost 30 years. Yet, while the manufacturing industry is still discovering new applications, new materials, and new 3D printers, another technology is arising — 4D printing. 4D printing is like adding a new feature to a material that would be used for 3D printing. More precisely, it is the material’s ability to transform over time.

What Is 3D Printing?

Three-dimensional (3D) printing technology, also called additive manufacturing (AM), has recently come into the spotlight because of its potential high-impact implementation in applications ranging from personal tools to aerospace equipment. Even though 3D printing technology has only recently emerged as a hot topic, its history can be traced back to 1983 when the first 3D printer was created by Charles W. Hull, co-founder of 3D Systems.

Every 3D printer builds parts based on the same main principle: a digital model is turned into a physical three-dimensional object by adding material a layer at a time. This where the alternative term additive manufacturing comes from. 3D printing is a fundamentally different way of producing parts compared to traditional subtractive (CNC machining) or formative (injection molding) manufacturing technologies.

In 3D printing, no special tools are required (for example, a cutting tool with certain geometry or a mold). Instead the part is manufactured directly onto the built platform layer-by-layer, which leads to a unique set of benefits and limitations.

As 3D printing becomes more than just a simple production process, it has come to support a convergence of technologies and applications such as sports equipment, food packaging, and jewelry, as well as products in the high tech fields of aerospace, medicine, architecture, education, automotive industry, military support, and others.

Thermoplastics are the most frequently used materials, but the technology also includes photopolymers, epoxy resins, metals, and more. Cutting-edge bioinks, which use a mixture of human cells and gelatin, have also been leveraged to 3D print complex tissue models. Even edible materials such as chocolate are being used in 3D printers.

What Is 4D Printing?

In short, 4D printing is the process through which a 3D printed object transforms itself into another structure over the influence of external energy input as temperature, light or other environmental stimuli.

This technology is part of the project of MIT Self-assembly Lab. The purpose of this project is to combine technology and design to invent self-assembly and programmable material technologies aiming at reimagining construction, manufacturing, product assembly, and performance.

4D printing is strongly inspired by the principle of self-assembly, which is not a new concept. You have probably heard of molecular self-assembly where molecules form complex structures without any human intervention. A concept widely used in nanotechnology as well for example. 4D printing therefore takes this principle to the next level. If it’s possible for small structures on a microscopic scale to assemble and move on their own, why not imagine it on larger 3D printed objects?

A 4D printed object is printed just like any 3D printed shape. The difference is that the 4D printing technology uses programmable and advanced materials that perform a different functionality by adding hot water, light or heat. That’s why a non-living object can change its 3D shape and behavior over time.

4D printing technology uses commercial 3D printers, such as Polyjet 3D printers. The input is a “smart material”, that can be either a hydrogel or a shape memory polymer. Thanks to their thermomechanical properties and other material properties, smart materials are given the attributes of shape change and are differentiated from the common 3D printing materials.

On the other hand, objects printed with 3D printing technology, are characterized by rigidity. That means that the 3D printed objects are going to keep their 3D shape once printed.

Since it is possible to program an intelligent material as desired, it can seem that the applications of 4D printing are quite extensive. Imagine an object that can take any form: technology can then impact the construction sector to build structures that are adaptable to climatic conditions, consumer goods could adjust to people’s needs, or even in the medical sector, etc.

One of Skylar Tibbits’ first ideas was to use 4D printing to make intelligent pipes. These pipes would be able to change shape according to the volume of water they contain but also when any phenomenon occurred underground. This would avoid digging them up and changing them — a time-consuming and very costly process.

One potential application of 4D printing in the real world would be pipes of a plumbing system that dynamically change their diameter in response to the flow rate and water demand. Pipes that could possibly heal themselves automatically if they crack or break, due to their ability to change in response to the environment’s change.

One of the sectors most interested in 4D printing is undoubtedly the medical sector. 4D printing could enable the creation of tailor-made, intelligent and scalable devices. For example, by 4D printing an implant, it would be easier to control its condition and viability once integrated by the patient. The same is true for all regenerative medicine and the manufacture of cellular structures. 4D printing could allow cells to adapt to a human body according to its temperature, for example.

4D printing could also change the face of fashion. Self-Assembly Printing Lab from MIT is studying potential applications of 4D technologies. One of the ideas is that clothing could change accordingly to the weather or the activity. For instance, shoes could change their shape when you start running to provide you with better comfort and amortization.

Perhaps the most advanced version of 4D printing is bioprinting in that, once stem cells are printed, they are cultured to maturation, that is, transformed over time. Given the fact that there are now numerous bioprinting companies, it could be argued that this is where 4D printing is having the biggest impact.

While most 4D printing is happening in the lab, design studio Nervous System has become famous for producing several 4D-printed dresses, one of which was acquired by the Museum of Modern Art (MoMA). What makes these dresses fit the definition of 4D-printed objects is that they were printed as a jumble of connected tiles that, when pulled out of the printer, unfold into fully wearable garments. This makes it possible to create objects that become bigger than the printer build platform that produced them when they are removed.