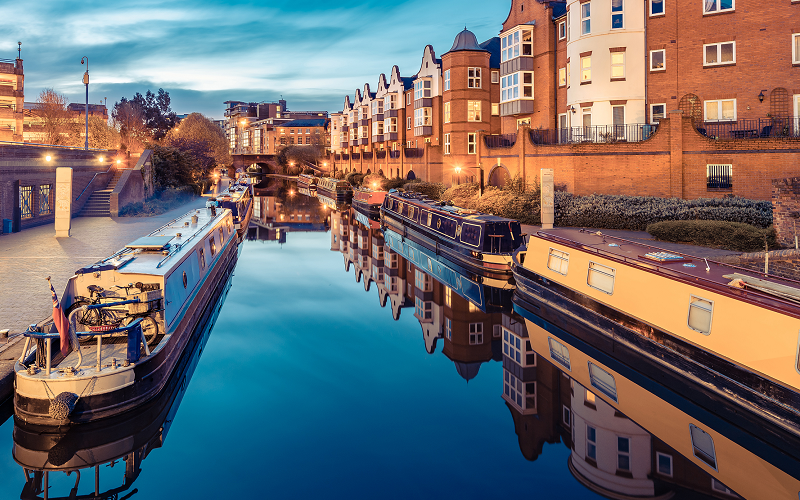 The second largest city in the UK, Birmingham is a unique and exciting destination. The city has evolved from its industrial past to become bigger, better, and bolder than ever. Exceptional shopping centers, world-class galleries, great festivals and events, and an amazing network of canals and waterways — Birmingham offers visitors a pleasant surprise at every turn.

The geographical heart of England, Birmingham started life as a sixth- century Anglo-Saxon village. Today, much of this city of over a million dates back to post-WWII redevelopment in the 1950s and 60s. Cutting edge museums and galleries, innovative theaters and excellent shopping have contributed to Birmingham’s appeal as a weekend break destination.

Traveling To and From the Birmingham Airport

Birmingham Airport is a global travel hub, yet it is only 10 minutes from the city centre. With great transport links and a wide business and leisure route network, it’s the perfect gateway to the Birmingham region and beyond. This award-winning airport serves more than 400 direct or one stop destinations globally with 50 airlines and is the UK’s fifth largest airport with the highest percentage of business travellers after London Heathrow. 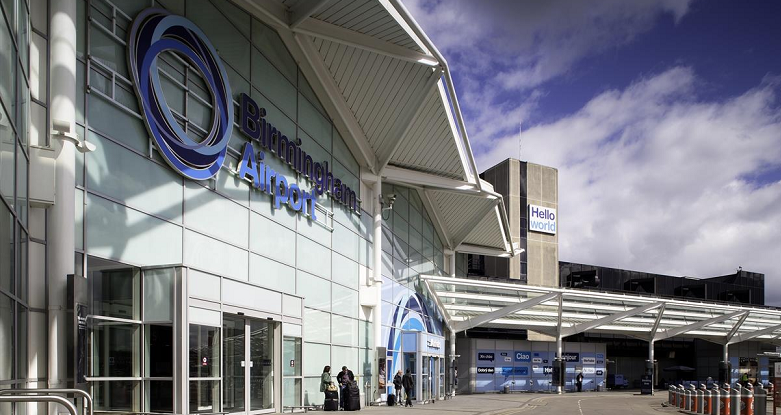 Compact and friendly, the airport is well equipped with cafes, bars and restaurants — and a good selection of retailers. There are a number of well-known hotel chains either on the airport site or very close by.

The airport is just 10 km from the centre of Birmingham, and is connected by rail, road and bus — in 10 minutes you can find yourself right in the centre of things and be ready to start exploring the city.

The quickest way to the city centre is by train from Birmingham International, the transport hub located between the airport and the National Exhibition Centre. The airport’s terminal is connected by a free and rapid monorail link, enabling you to go from plane to train in no time. For those who are making Birmingham part of a longer UK visit Birmingham International is connected to the regional and intercity rail network with fast and frequent services to London and almost all of the UK’s major cities.

Alternatively, you can jump aboard a local bus which will take you into the heart of Birmingham. Average journey times are 30 minutes from the airport to the city centre. The 900 bus service also connects the airport with Coventry city centre.

If your preference is to travel in style and comfort, you’ll want to opt for a chauffeur taxi service like Cars Exec for your Birmingham airport transfer. For a fee only slightly higher than a traditional taxi you get a trained and knowledgeable chauffeur for custom, classic service.

Once in Birmingham you’ll find that traditional black taxis can be hailed on the street, and there is a rank directly in front of the entrance to New Street Station and Grand Central shopping center. Other taxi ranks can be found by the Bullring, opposite Birmingham Snow Hill station and outside Moor Street station.

It’s relatively easy to reach Birmingham by car thanks to its proximity to several motorways and A roads. The most convenient routes include the M5 and M42 and the M6 motorway, which features the famous Spaghetti Junction or Gravelly Hill Interchange. 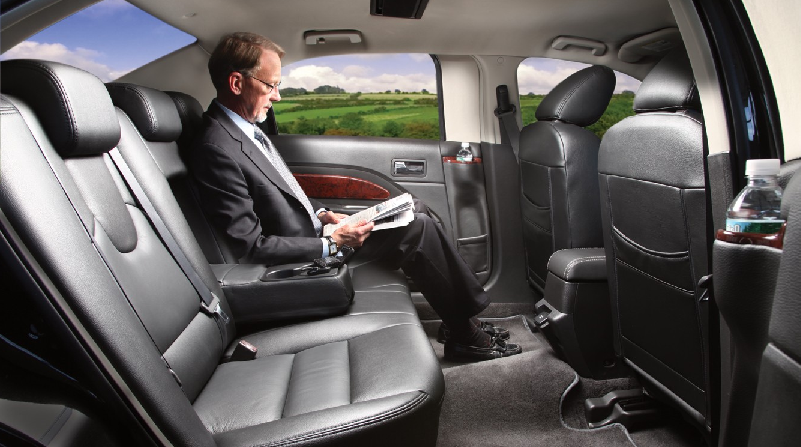 What to See and Do In Birmingham

Thanks to the city’s proximity to the capital, redevelopment and costs, Birmingham is at the top of the list for those relocating from London. It’s one of Europe’s youngest cities and it’s also one of the most creative, so it’s no surprise that creatives are moving to one of the most developing cities in the country.

This pedestrian square is at the center of the city, and from the architecture to the contents of the buildings, tourists will not be disappointed. Statues and fountains dot the square, while the Birmingham Town Hall looks over the social scene down below. Visitors make their way between the cafés and the Birmingham Museum and Art Gallery, where a gorgeous collection of local art is to be found alongside internationally renowned artists. Walk Colmore Row to reach the equally epic Birmingham Cathedral.

The National Sea Life Centre is an aquarium with over 60 displays of freshwater and marine life in Brindleyplace, Birmingham, England. Its ocean tank has a capacity of 1,000,000 litres of water and houses blacktip reef sharks, giant green sea turtles, and tropical reef fish, with the only fully transparent 360-degree underwater tunnel in the United Kingdom.

Dive into an amazing underwater world as you explore Birmingham’s National Sea Life Centre — home to more than 2,000 exotic creatures. Guests will have the opportunity to visit fantastic ocean animals including penguins, seahorses, otters, sharks, and much more. The National Sea Life Centre has several regions to explore. The Penguin Ice Adventure takes guests to a zone of frozen extremities of the Antarctic, where you’ll experience life with a colony of Gentoo Penguins. The Rockpool area (made from water left behind when the tide goes out) features an amazing micro-habitat filled with incredible sea creatures.

Birmingham has 35 miles of canals, which is said to be more than Venice. They’re enjoyed by walkers, cyclists, and narrowboat owners and they are a reminder of a unique industrial history. During the Industrial Revolution the canals were busy waterways transporting coal, iron and other heavy goods. They played a crucial role in the development of Birmingham and the Black Country.

More than 100 miles of canals make up the Birmingham Canal Navigations (BCN) today. Some of the major canals that meet in the city are the Grand Union Canal, Worcester and Birmingham Canal, Stourbridge Canal and Stratford Canal. Most of the canals were built in the 1700s and 1800s and at its height the BCN had more than 170 miles of them.

The canals were originally used to bring raw materials from London, in Victorian times to the factories in Birmingham. The raw materials were then turned into finished goods to be delivered all over England. Pretty impressive.