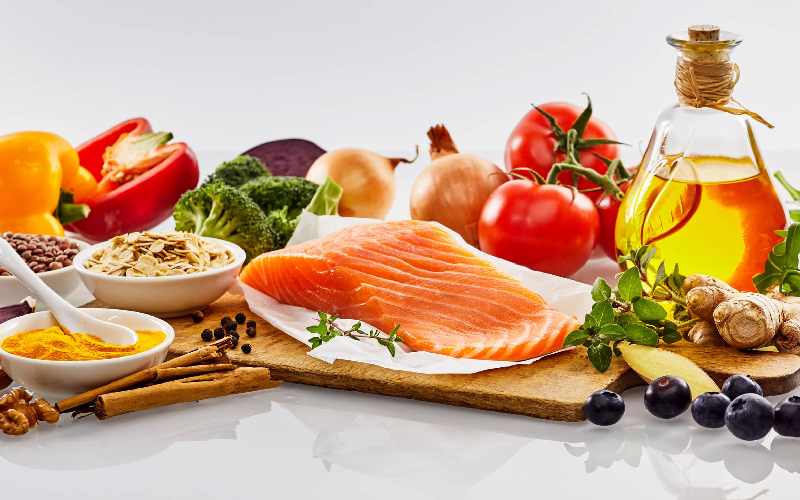 FOODS THAT FEED THE BRAIN AS WELL AS THE BODY

We know that what we eat impacts our physical health, but the idea that food can affect mental health as well is relatively new (and still a little unbelievable to some). However, as research reveals more about gut health, it’s clear that there is a definite connection between the gut and the brain, particularly when it comes to mood, memory, anxiety, depression, attention, and degenerative diseases like Alzheimer’s.

Best Foods for Your Brain

The foods we eat can have a big impact on the structure and health of our brains. Eating a brain-boosting diet can support both short- and long-term brain function. The brain is an energy-intensive organ, using around 20 percent of the body’s calories, so it needs plenty of good fuel to maintain concentration throughout the day.

This type of data is hard to measure, so some will still be skeptical. But expect to hear a lot more this year about how what you are (or aren’t) eating might be a driving force behind some key issues: mental health, concentration, and memory.

The brain also requires certain nutrients to stay healthy. Omega-3 fatty acids, for example, help build and repair brain cells, and antioxidants reduce cellular stress and inflammation, which are linked to brain aging and neurodegenerative disorders, such as Alzheimer’s disease.

When people talk about brain foods, fatty fish is often at the top of the list. This type of fish includes salmon, tuna, trout and sardines, which are all rich sources of omega-3 fatty acids.

About 60% of your brain is made of fat, and half of that fat is the omega-3 kind. Your brain uses omega-3s to build brain and nerve cells, and these fats are essential for learning and memory. Omega 3-s also have a couple additional benefits for your brain. For one thing, studies show they may slow age-related mental decline and help ward off Alzheimer’s disease.

On the flip side, not getting enough omega-3s is linked to learning impairments, as well as depression. In general, eating fish seems to have positive health benefits.

Dark chocolate contains cocoa, also known as cacao. Cacao contains flavonoids, a type of antioxidant. Antioxidants are especially important for brain health, as the brain is highly susceptible to oxidative stress, which contributes to age-related cognitive decline and brain diseases.

Cacao flavonoids seem to be good for the brain. According to a 2016 review, they may encourage neuron and blood vessel growth in parts of the brain involved in memory and learning. They may also stimulate blood flow in the brain.

If coffee is the highlight of your morning, you’ll be glad to hear that it’s good for you. Two main components in coffee — caffeine and antioxidants — help your brain. The caffeine in coffee has a number of positive effects on the brain, including:

Drinking coffee over the long term is also linked to a reduced risk of neurological diseases, such as Parkinson’s and Alzheimer’s. This could at least be partly due to coffee’s high concentration of antioxidants.

Like dark chocolate, many berries — including blackcurrants, blueberries, mulberries, blackberries, and strawberries — contain flavonoid antioxidants. Research suggests that these may make the berries good food for the brain. Antioxidants help by reducing inflammation and oxidative stress. The antioxidants in berries include anthocyanin, caffeic acid, catechin, and quercetin.

A recent study concluded that the antioxidant compounds in berries have many positive effects on the brain, including:

Best Nutritional Supplements for Your Brain

Eating select foods is a natural and healthy way to improve your brain. Many people, though, want to take brain-building to another level. They eat the above-listed brain-benefiting foods, but they also take daily supplements — supplements that have been shown to result in improved cognition.

Natural supplements or drugs that have a beneficial effect on brain function are referred to as nootropics. Many of these can boost memory, motivation, creativity, alertness and general cognitive function. Nootropics may also reduce age-related declines in brain function.

Resveratrol is an antioxidant that occurs naturally in the skin of purple and red fruits like grapes, raspberries and blueberries. It’s also found in red wine, chocolate and peanuts.

It’s been suggested that taking resveratrol supplements could prevent the deterioration of the hippocampus, an important part of the brain associated with memory. If this is true, this treatment could slow down the decline in brain function you experience as you get older.

Bacopa Monnieri, a naturally growing herb, has been used in traditional Chinese medicine for thousands of years. Ancient scholars actually used it to enhance memory when they needed to memorize extended teachings and recent studies confirm that it can help repair damaged brain cells and boost the generation and regeneration of new cells.

Acetyl-L-carnitine is an amino acid produced naturally in your body. It plays an important role in your metabolism, particularly in energy production. Taking acetyl-L-carnitine supplements has been claimed to make you feel more alert, improve memory and slow down age-related memory loss.

An herbal supplement with a long history of use, ginkgo biloba is believed to enhance cognitive function. While results have sometimes been mixed, research indicates ginkgo can improve your memory. One study looking at the effects of ginkgo on elderly participants over the course of eight months showed improvements in cognitive function. In another study, middle-aged volunteers were given either ginkgo biloba extract or a placebo every day for six weeks. At the end of the study period, those who took ginkgo were better able to perform the demanding recall task of remembering a list of appointments.